While in Arizona shooting for the new documentary about legendary sales guru Tom Hopkins, BVS Film Productions interviews Joel Weldon international hall of fame motivational speaker. “Joel and Tom have known each other for many years and Joel gave a wonderful testimonial that will sure to be used in the new documentary.” Exclaims Dan Portik Owner and President of the company producing the documentary BVS Film Productions. 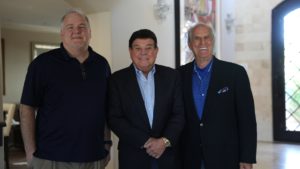 As a former construction worker who turned down a four-year college scholarship because he thought he wasn’t “smart enough” to go to college, Joel Weldon is living proof that human potential can be tapped, and your entire life transformed, when even one good idea is presented, accepted and acted upon. Today he’s one of the most highly respected and sought-after corporate speakers in North America, and has been an Idea Consultant and Sales Trainer to many of the world’s leading organizations and businesses for over three decades. 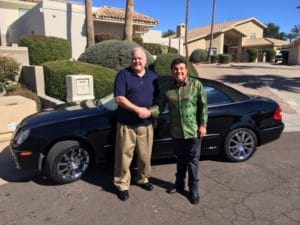 Recognized expert in the field of sales training since 1974. I have had the good fortune to train over 5 Million students on 5 continents. Industries represented at my trainings vary from financial services, to network marketing, to medical supplies, to funeral services and everything in between. Author of eighteen books, including How to Master the Art of Selling and my latest, When Buyers Say No. My first book, How to Master the Art of Selling, has sold over 1.7 million copies and been translated into ten languages. It is used as a text book in sales and marketing classes and is required reading for new salespeople by sales and management professionals in a wide variety of industries. Recently, Tom Hopkins and Dan Portik Owner of BVS Film Production coauthored a book together on selling with social media called Fill Your Funnel. Within a year of its launch it became a best seller in several categories in several countries.