Capturing a live event on video takes planning and organization

Cleveland Video Content Marketing Company, BVS Film Productions has been capturing live events on video and promoting them like the GIE Expo in Louisville, Kentucky for years. The GIE+EXPO is world’s largest trade show for the lawn, garden and outdoor power equipment industries. Co-located with Hardscape North America, it provides your No. 1 opportunity to see new products and find out what your industry is buzzing about – all in one central location. BVS has learned over the 5 years they have been shooting and promoting the show, that organization is the key to capturing and promoting this type of event. Months before the show, the BVS team starts planning for the event. They look at that schedule of events throughout the show, performers at the live concert that is put on by the show and what are the important messages that need to come out the promo videos they will be developing after the show for the next year. The BVS executive team works with show management to plan out every aspect of the video production during the show to make sure they don’t miss anything. “We have always found it best to overshoot everything no matter what with several cameras. That way if one camera misses something, there is always several backups that inevitably gets the shot” Exclaims Dan Portik, Owner/President of BVS Film Productions Everybody has a do list supplied to them everyday of the show that tells exactly what time and what place to be for events within the show and the executive producer with the camera man checks them off as they are completed. And at the end of each day, everyone meets with the production manager and supplies their cards for download. This year one of the main events was a conference with Bob Ballard the man who discovered the Titanic. With an event like this, we made sure there were several cameras shooting to make sure we got every angle. “Our team at BVS Film Productions have years of experience with live events and have seen almost every situation that might occur.” Remarks Denny Pavan, Senior Executive Producer for BVS Film Productions.

Another aspect of the event is live on the spot interviews. To do this right, you need to find just the right person and offer the right incentive to be on camera. Each year BVS captures dozens of happy attendees and exhibitors speaking highly of the show. One of the new services we offer that is becoming quite popular at the show are exhibitor live promotes. This is where our team shoot a vendor talking about their product at a show and we edit it on the spot within one day so they can get it up on their social media channels. All and all there are many things behind the scenes to capturing and promoting event like the GIE Expo. So the next time you’re planning an event, make sure you use a professional group with experience to capture every aspect of it. 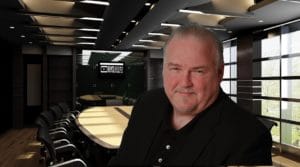 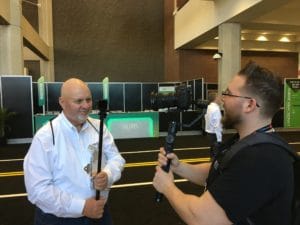