What is a virtual tradeshow?

With all the restricted ways we now must communicate, you may be asking yourself; What is a virtual tradeshow? Well, Wikipedia’s definition is as follows: “A virtual tradeshow is a type of virtual event run in an online environment, that is hosted online for a limited period of time. It can be considered the online equivalent of a traditional tradeshow or exhibition, but exhibitors and visitors connect with one another on the web, rather than in-person.” That said, there is a little more to it than that. BVS Film Productions has run virtual exhibits live at a customer’s booth set up at the exhibit house’s warehouse. There they showed a 20-minute video that we developed and then had a Q and A session with specifically invited customers of their product moderated by the event sponsor and BVS.

More ways to answer what is a virtual tradeshow?

Yes, there are more ways to answer the question; What is a virtual tradeshow? Many virtual tradeshows are open to the public and have links at the bottom that schedule a zoom meeting with a live representative during the times that the show is available. Other virtual exhibits have 3D interactivity to prerecorded messaging. Other companies utilize a video catalog that when a prospect clicks on their virtual exhibit, that catalog plays a video that highlights all their new product.

Not the same as a real touch and feel show. But is does have its advantages.

Another way to answer the question; What is a virtual tradeshow? is to define what it is not and what its advantages are. What it is not is face to face meetings with sellers and being able to touch, feel and tryout new product. However, it is also not having to spend money on airfare, hotels and all the expenses that are associated with both attending and/or visiting a show. Some companies spend hundreds of thousands of dollars shipping, constructing their exhibit and presenting their new products and services at some of the big shows. Plus, all the literature and giveaways.  Then of course tearing down or deconstructing the exhibit and shipping it back to where it came from. Now, with a virtual tradeshow much of that cost is elevated. Although there still is a steep fee to be an exhibitor at some of these virtual shows.

Some of the fees associated with a virtual tradeshow

Yes, the fees of an actual tradeshow are elevated in the virtual environment. However, there are costs involved with a virtual tradeshow. For example  there is a fee for a company to exhibit in them. It is to offset some of the expenses involved with sponsoring a virtual show. Dedicated hosting, advertising,  online security and programmers are just to name a few. With that, a virtual exhibitor needs to have something to show their prospects when a prospect visits them. Weather it is a video or a full-blown virtual 3D exhibit, there needs to be something someone can see and a way to contact you. “BVS Film Productions has seen a major uptick in orders for rush introduction videos, product catalogs turned into 3D videos and now requests for the development of virtual exhibits as well and we don’t see it ending anytime soon.” Exclaims Dan Portik Best-selling Author and President of BVS Film Productions. 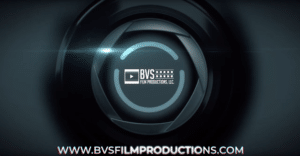 The future of exhibiting. Be Ready!

Many are saying that when real tradeshows come back, there will need to now be a virtual component to them. Maybe a day of virtual exhibiting prior to the real show would make sense. With the vendor is already at their booth it would only make sense to set up a Wi-Fi camera and invite customers that cannot get away to see your wares. It is a win-win and many of the big companies will already have their virtual world in place already due to the current restrictions. All we can say is BVS Film Productions is ready for this. Will you be?